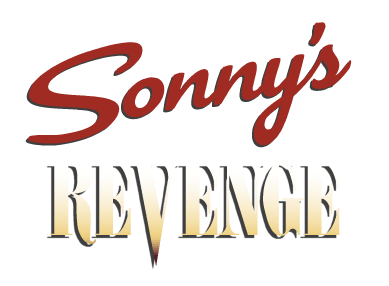 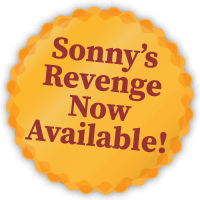 Available in Paperback or eBook

Michael Attiani is back with the exciting second book in his suspenseful thriller series. The Valmonti family are urgently trying to make sense of the vendetta against them and their beloved restaurant, recover from unprovoked attacks by angry strangers, and protect their lives and legacy.

Revenge takes many forms, not only for John Valmonti and his family, but for his adversaries as well. After all, any quest can be noble if you look at it in the right light. A single act of villainy in the eyes of a victim could be an exhibition of valor and vindication for the perpetrators. It all depends on which side of the gun or knife you’re on.

Sonny’s Revenge delves deeper into the shadowy origins of the century-old family feud which began in southern Italy, the complex characters involved and the tangled chain of events leading to an inevitable showdown. It’s a story of vaudeville and vindictiveness interlaced with humor and delicious Italian food.

So, come join some familiar faces, some new faces, and some faces you hoped you’d never see again at Sonny’s. Tonight’s special? Revenge!

“If Philadelphia is in your DNA, this book is mandatory. Many have waited patiently to see justice served and I am sure the revenge will be sweet. I especially enjoy John’s encounters with other people, especially the romantic encounters because they are both accurate and hysterical. This is Philadelphia sarcasm and wit at its best and makes me proud of my roots.”

“Another winner! Michael has once again given us the pleasure of his captivating writing. Having lived in the areas he is bringing to life, I love that he can invite all to come along on this amazing journey and introduce us to the real and the raw of South Philly’s Italian culture including the food, the humor, the mob, the honor of family. This is a page turner you cannot put down.”

“‘You kiddin’ me?’ To be able to follow up the first story with this one is amazing. I did not think it would be possible to be more drawn into a story than I was with Sonny’s Vendetta. The connection to the characters make you feel like you want to be part of an Italian family. Michael Attiani’s storytelling talent is a gift to anyone who reads his work. I only hope there is more coming!”

“After the cliffhanger ending of Sonny’s Vendetta, I couldn’t wait to read this next installment, Sonny’s Revenge. Continuing the wild, humorous romp through South Philly’s Italian neighborhoods, characters and culture, the excitement and twists continue. Attiani delivers another winner, and leaves the reader breathless and ready for the third book.”

“I thought this would be like The Godfather or The Sopranos. This wasn’t that — it was more fun. Michael writes with an extremely sharp wit and sarcastic style that makes this book series a darkly funny take on the mob genre. But you didn’t hear that from me.”

COO of an Italian restaurant chain like Sonny’s. But not.